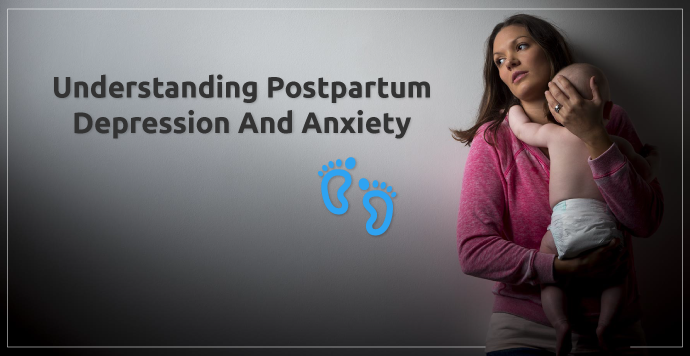 Post-partum Depression: Its causes and impact on sexual life

Post-partum Depression: Its causes and impact on sexual life

Depression is hidden and invisible condition which needs immediate attention and treatment, however most of the time it goes unnoticed and ignored. Most often even the person suffering from it fails to recognize that he/she needs some kind of treatment or help. Post-partum depression is one of such conditions among women that is less talked about. A new mother, after the delivery of a child, undergoes many physical, mental, and emotional transitions. This sudden change outbursts in the form of irritation, aggression, and lots of other emotional behaviors, depression being one of them. It affects women’s health in many ways. Let’s get to know more about this condition and what are the various ways of dealing with it.

What is post-partum depression?

Postpartum depression or PPD is a complicated condition that involves physical, emotional, and behavioral changes among women after the birth of a child. The condition is linked to the chemical, social, and psychological changes a woman undergoes with after having a child. The diagnosis is done by a healthcare professional based on the duration of the condition, gap between the child’s birth and the onset of the condition, and the severity of the symptoms. This condition is also known as “baby blues” which is less severe form of depression. However, 1 in every 10 women experience this condition and 1 in 1000 women experience the severe form of the condition known as “postpartum psychosis”.

The hormonal outlook for PPD

The exact link between hormones and post-partum depression has not been established yet, but it is believed that this sudden change in the hormonal level can play a role in the onset of the condition. Usually, the level of estrogen and progesterone increases to tenfold during pregnancy which goes down suddenly within 3-days of delivery. They go back to the pre-pregnancy level in a very short span of time which affects women behavior and health significantly.

Signs and symptoms of post-partum depression

The symptoms of post-partum depression are similar to many other health conditions, hence they become difficult to recognize and diagnose. However, one should be vigilant for these symptoms among the women who have recently delivered a child to extend maximum support to the new mothers. A few of these symptoms are listed below.

Above are the most common symptoms visible among most of the women. However, in severe cases, they are accompanied with the symptoms of major depressive disorder as well. Many times, women get overly obsessive about the child’s health or develop irrational fear about losing the child.

PPD which is marked with lack of sleep and exhaustion definitely affects the sex drive of women. Though, they are already advised to avoid sex for six weeks after the delivery, the associated changes in life keeps sex the farthest thing in their mind. A few other reasons for the same are listed below.

People do buy Viagra or other sex boosting medicines over-the-counter from various online medicine stores, but seeking a doctor’s advice is suggested for lasting treatment.

What if post-partum depression remains untreated?

Usually, people fail to understand the severity of the condition and women remain untreated. The best part is that, PPD gets resolved on its own after a few months or as the mother adjusts with the child. However, if the condition is severe and remains ignored for long, then the after effects can be alarming. A few results of sustained PPD are listed below:

The treatment of this condition depends on the severity of the symptoms. In many cases, only support from the family works out in bringing significant change in the woman’s condition. However, in severe cases, the treatment involves the administration of anti-depressive and anti-anxiety medicines. They should be administered only after consulting an expert psychologist. With the use of a valid prescription, you can order medicines from the best online pharmacy. While breast feeding, taking suggestion from the doctor is mandatory to get the most suitable medicines prescribed.

The other mode of treatment involves psychotherapy which works on the emotional behavior of the person and transforms the thoughts leading to a more positive outlook about motherhood and all the associated changes.

How to prevent post-partum depression?

Get yourself checked from the time of your pregnancy and immediately after childbirth to address even the minor symptoms of depression. The early you get diagnosed, the early you would be treated. In the initial stages, counseling, group sessions, other therapies, and mild medication can prevent the complication to get severe.

The role of family members is very important here as they can ease the situation by helping in the care of the child and by allowing the mother to take adequate rest.

Post-partum depression is a common condition and women should be aware of it to take necessary steps on time and prevent its severity. Generate awareness on it and help others lead a healthier life and enjoy the motherhood to its fullest.

You may Like best Sex  timing medicine in Pakistan. Visit for more information and updates and the prices as well.